Judith and Susie Dingle remember their father and his love of maps.

Our father, a Sassenach, arrived in St Andrews in 1960 to take up a post as Professor of Theoretical Physics in the University; at 34, the youngest academic to be given a Chair. He brought with him his wife, a beautiful young Australian whom he had met on his arrival at his previous post in the University of Western Australia.

Like many academics, our father did not confine his thirst for knowledge and research to his own subject, even though he was one of the foremost physicists of his time. He also played the piano, was a keen musicologist, collected classical music and filled his new house with books, starting with “A” on the shelves in the attic and ending with “Zola” in the last room downstairs. He inevitably became immersed in the history of St Andrews, and began collections of books, newspaper cuttings, pamphlets, notes about the buildings and associated events. As Head of the Department of Theoretical Physics, he entertained many British and foreign visitors. For many years he ran an annual summer school, with our mother also involved as a hostess and guide to the wives. Guided historical excursions became part of these visits and summer schools, the map becoming not only a repository of some of his local research, but an artefact to give out to his students and visitors to guide them around the town.

Our father was known not only as an inspirational teacher, but as an eccentric with a wicked sense of humour. The original map was signed, not in his illegible academic scrawl, but in Ogham. Our mother asked for a translation to be added after his death in 2010, and shortly before her own in 2012.

PS – Before she died on 15 October 2012, Professor Dingle’s widow, Helen, discussed publication of her husband’s 3 maps of central St Andrews with Dr Edith Cormack. Conceived originally as welcomes to St Andrews and essentially for private circulation, the maps were also later given with permission to friends. It is, therefore, thanks to Dr Cormack that this story is told here together with a facsimile reproduction of part of one map. The complete maps are reproduced at www.standrewsinfocus.com Limited paper copies in a presentation folder are for sale at the Gatehouse, St Andrews Botanic Garden.

Bob Dingle was the first Professor of Theoretical Physics at St Andrews. An authority in his specialty, asymptotic expansions, he was far from being an authoritarian and, in consequence, his department was one in which colleagues worked well together. Bob and his wife Helen were noted for their hospitality until the onset of Bob’s debilitating illness, which left him in almost constant pain, put an end to such activity as well as to his academic career. In early retirement Bob obtained some solace from his vast collection of classical music. His other main interest, local history, is evidenced by the map which this note accompanies. Once, when preparing for a stay in America, Bob sent off a parcel addressed to “Robert Dingle, Gentleman”. A jest, yet a true description.

(Text by Ian E Farquhar, photo courtesy of the family) 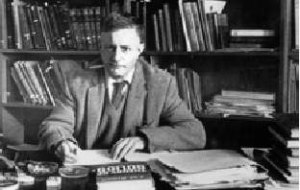