THE FOUNDER and editor of the award-winning St Andrews in Focus magazine, Flora Selwyn, has been honoured by local Rotarians.

At a ceremony in the Best Western Scores Hotel, Mrs Selwyn was presented with the 2009 Community and Vocational Service Award — the highest accolade given to a non-Rotarian — by Dennis Hopper, president of St Andrews Rotary Club.

Mrs Selwyn first came to St Andrews as a student in the 1950s and her love of the town brought her back almost four decades later following the death of her husband. It also inspired the St Andrews in Focus magazine that she founded six years ago.

Its purpose was twofold — to capture and record what makes living in the town so vibrant and rewarding and to support the local businesses that underpin its economy.

Said Rotarian Frank Quinault, “This is exactly what she has done through the articles, reviews, life stories, poems, photos and much more besides which have filled more than 30 issues of the magazine that have already appeared.

“Each is eagerly awaited by St Andreans, including many now living elsewhere, and the series will undoubtedly be a treasure trove for town historians in years to come.”

What makes her achievement all the more remarkable is that she created the magazine with no previous experience of publishing.

Mr Quinault added, “She created it with her own money from which she still provides a subsidy, edits it single-handed and writes a good deal of the content herself.”

When it won an award in 2005 from the Periodical Publishers’ Association (Scotland), the judges found it hard to believe it was not the work of an experienced professional.

Mr Quinault said, “Flora Selwyn set out to produce a magazine worthy of St Andrews in all its diversity.

“She has succeeded splendidly and the club is proud to recognise her achievement.” 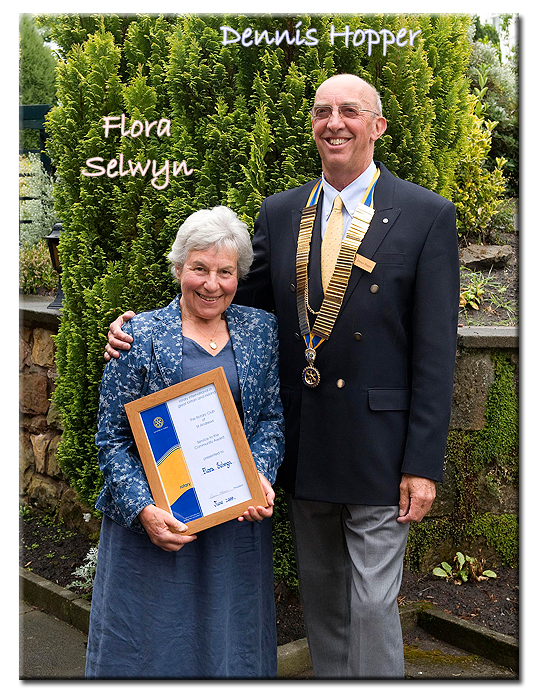