The Maiden Rock (also known as the Maiden Stane) is situated eastwards along the coast from the East Sands. It is a sea stack, which is the remnant of a former cliff. It dates from the time at the end of the last Ice Age about 10,000 years ago, when sea level was 4m higher than it is today. It is made of sandstone of Carboniferous age, about 340 million years old, laid down in large river deltas, when this part of the Earth lay close to the equator. Later tectonic forces contorted the layers of sandstone into folds. At the Maiden Rock the sandstone layers are aligned vertically, and it is bounded by two faults. These lines of weakness allowed the sea to preferentially erode the rocks around it to leave the pillar, which now forms the Maiden Rock.

Why the rock was named ‘Maiden’ is uncertain, although there are a number of “Maiden” sites in Fife. There is a Maiden Castle, a low mound in the Lomond Hills, and a Maiden Castle at Kennoway. In addition, at Dunino there is a low mound called Dunino Law, which derives from Dun-nigheanach, that translates into “Hill of the Young Women”. So, Fife has a tradition of naming low hills after “young women”, the reason for which remains obscure, though it was probably related to pre-Christian fertility rites.

Another more prosaic explanation is that it was a place where women could enjoy sea bathing in the days when women had to keep covered up. A sentry could keep watch at this relatively sheltered location. 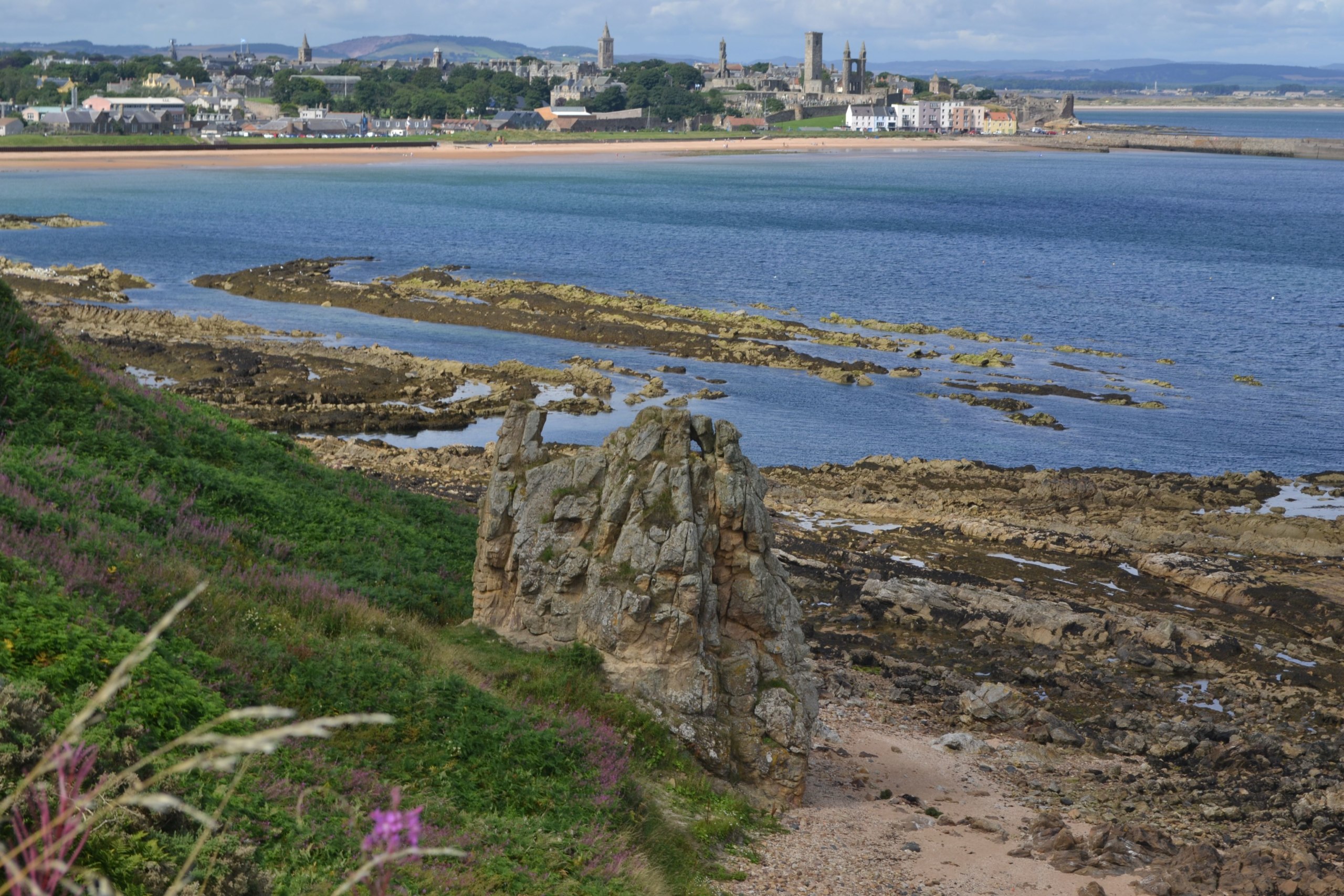