Loud laughter, booming voices, and weird golfing outfits have all been few and far between on the streets of St Andrews this summer. So, to those Americans, who have crossed the Pond to study here in the Auld Grey Toon – a very warm welcome indeed!

Almost 60 years ago I made your trip in reverse, leaving here for two years on a sports scholarship in California. At first I found things weird; I did what my companion, thought beyond weird, such as doing over a ton (100mph) on the Pennsylvania Turnpike – British motorways then had no speed limits. I think it was Arkansas before I was again allowed to drive, but it was a fabulous trip with a fair amount of US66 still two-way.

You must expect the unexpected (e.g. Covid-19-induced hysteria), just as I was held responsible for the UK selling buses to Castro! Suggesting he would deeply regret buying Leyland buses, the idea fell on deaf ears.

The problems with quarantining may disrupt your plans for “doing Europe”, but that’s probably no bad thing. Most of you won’t have the money to do it properly. Settle for a few of the great cities: Oslo, Stockholm, Copenhagen, or London, Paris, Lisbon. Anyway, you’ll just get distracted.

The time to “do” Europe is on your honeymoon. Dragging kids round on a culture vulture trip of Europe is a nightmare; planning it as a retirement treat tends to overlook the fact that your energy levels have faded. My American friends who enjoyed it most took about three months, and used a mixture of car, plane, and train.

I was a travel writer with the Good Holiday Magazine and the Good Ski Guide for 25 years. Our packing rule was: put the absolute minimum you think you’ll need in a suitcase, throw half of it away, and take more money. Customs aren’t a problem, but never, ever, be caught with interesting substances, or undeclared food.

You will feel most at home with the Germans – their effect on US culture is greatly underestimated and most speak English. Other fluent English speakers are the Scandinavians and the Dutch. All educated French people speak English, but won’t – unless you insist on addressing them in Franglais, which they find so distressing they surrender.

The fact that most Americans have a smattering of Spanish is a huge help to them in Spain, the Balearics, Canaries, even Portugal. All Greek and Italian families have relatives in the US so you can get by on English. In spite of Brexit, English is by far the primary foreign language taught in schools, so when in doubt ask the street kids. 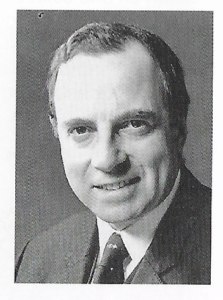