For 17 years a large distinguished Cat with long ginger and white fur roamed St Andrews – a welcome guest in shops and houses. A tradition grew up that if you didn’t offer Hamish something good to eat, bad luck would fall on you!

Marianne Baird picked a kitten from a litter because it seemed to have a distinctive character that attracted her. Little did she know how famous that kitten was to become! In 2006 the editor of St Andrews in Focus saw him in Logies Lane. Someone in Pizza Express opened a door. Up went the cat’s tail, and in walked that cat as if he owned the restaurant. Intrigued, Flora Selwyn made enquiries, then published the first article in the magazine. Hamish, his name on the tag on his collar, had walked into history! Students added the surname, McHamish, opening a Facebook page for him. Hamish made himself at home wherever he chose. He even followed other cats into their homes. It was said that Hamish didn’t belong to the town, but that the town belonged to Hamish!

He endured many adventures, once even being kept in their flat by Chinese students for six months because, having lost his collar, they thought he was a stray. They didn’t know how famous he was. Luckily, when they were about to leave they took him to a vet who read his chip and returned him to the town.

In 2012 Susan McMullan published her best-selling book Hamish McHamish of St Andrews – Cool Cat About Town. That inspired the editor of this magazine with the idea of having a statue made. Well-known sculptor David Annand agreed to make it, and stone mason Colin Sweeney built the plinth. Griselda Hill of Wemyss Ware Pottery made a limited edition of small ceramic Hamish statuettes to help fundraise. The entire cost was raised by townspeople.

The launch in April 2014 made world news, even appearing in the Wall Street Journal! It was a supremely happy occasion, bringing the whole town together in a wonderful celebration, with music, balloons, children’s face-painting, speeches, and a magnificent cake made by Fisher & Donaldson. Hamish was brought in an open-topped BMW by a beautiful girl who carried him to sit by his statue, for his photograph (then he ran off!)

Sadly, Hamish passed away shortly afterwards. He was 17 years old, quite an advanced age for a cat. 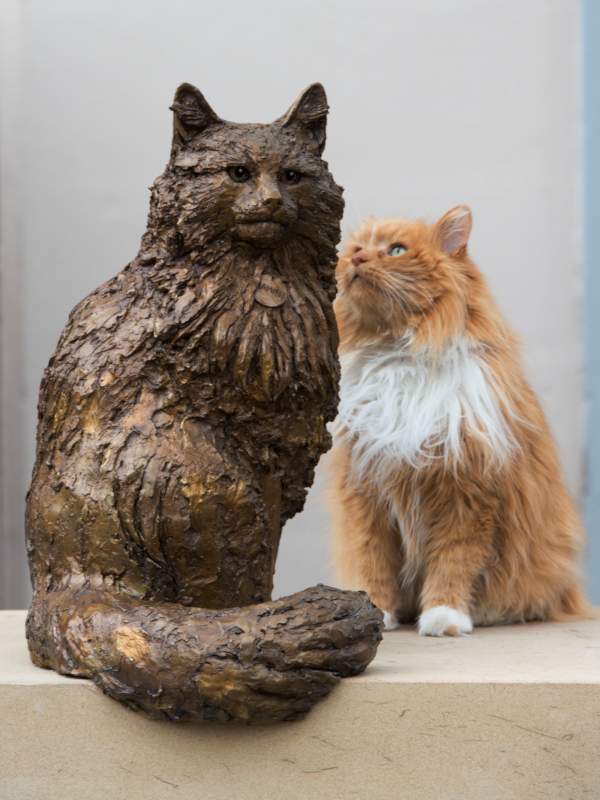 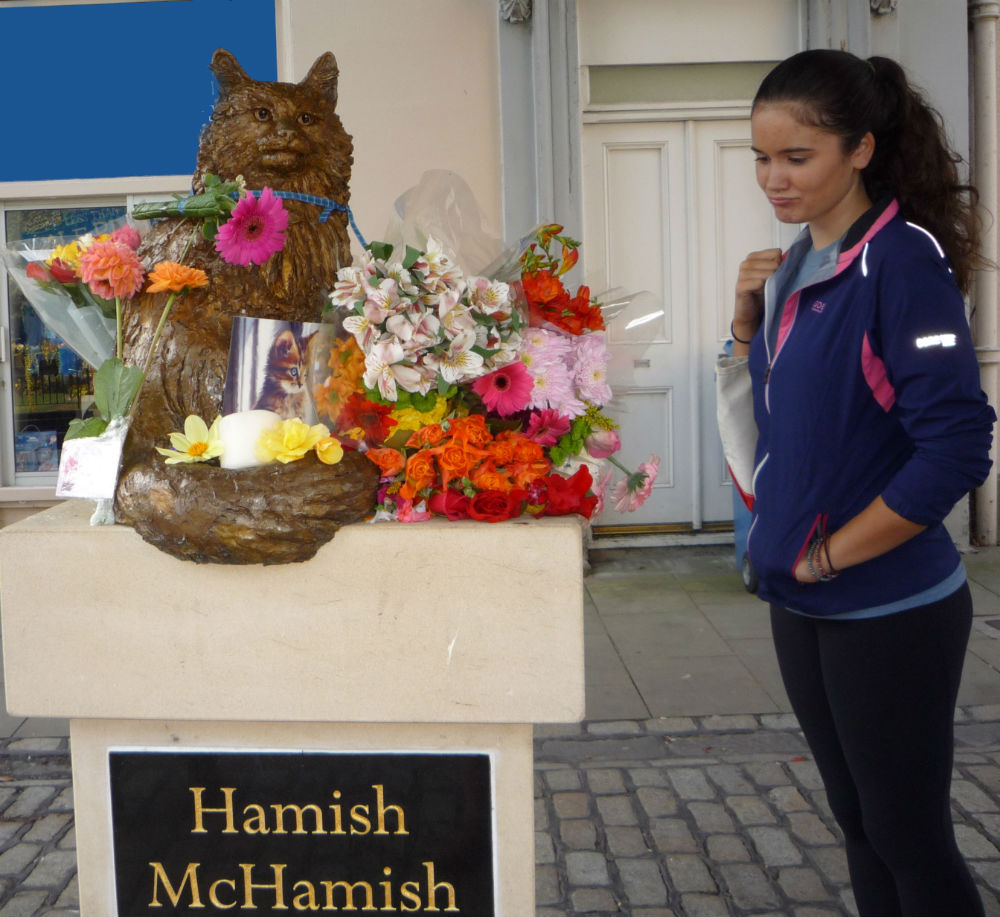