In my career in track and field athletics I was what was then known as a “stretched sprinter” competing from the 100m to the 1500m. In the winter, without much enthusiasm, I would run in cross-country meets. I received some tactics about these gruelling longer races across muddy fields from the late, great Dunky Wright. He said that after a long slog up a hill I must increase my pace over the top, no matter how badly I felt.

This was excellent advice, for so often this was the crucial moment when you broke your opponents. His words came back to me when I wondered what we should do when we are at last set free to get on with our lives.

It will be tempting to despair at the bleak prospect following our long weeks of lockdown, and it may be many months before we know the full extent of the effect of this desperate instrument on the Scottish economy.

Of course it’ll be hard starting over in a hotel or restaurant, but the building’s still there, as well as our fabulous countryside. As for social distancing, the UK sets it at 2m, but the WHO suggests 1m, which leaves us wiggle room.

My father, as a German speaking padre, spent over a year in occupied Germany after WWII. He saw scenes of distress among the civilian population the like of which had not existed in Europe since the 100-Years War.

Field Marshall Montgomery was in charge of the British Occupation Forces and our man on the Allied Control Council. He tried – and failed – to get advice from Churchill or Atlee as to what his targets should be. Fortunately, he met former-President Herbert Hoover, who had been sent over by Truman to ascertain what could be done in Europe in order to avoid the kind of disastrous outcome of the vindictive Versailles Treaty.

Hoover convinced Montgomery to tell local German leaders that they couldn’t look to Berlin for salvation. They had to do it by themselves: workman by workman, family by family, village by village, region by region.

He said Britain had learned the wrong lessons from the war, and was embarking on a programme of centralisation, welfarism, and industrial nationalisation, which would leave it looking like a satellite of the USSR.

The German economic miracle had its roots in the ideas Hoover spread through the US and UK zones. It emerged with the mixed capitalism and can-do spirit Japan also absorbed from the Macarthur administration.

Holyrood will be at full stretch supporting the helpless in our community – the rest of us will just have to stand up to the mark and take care of ourselves. The fact is there’s always a job needing done, and we can do it. 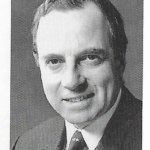